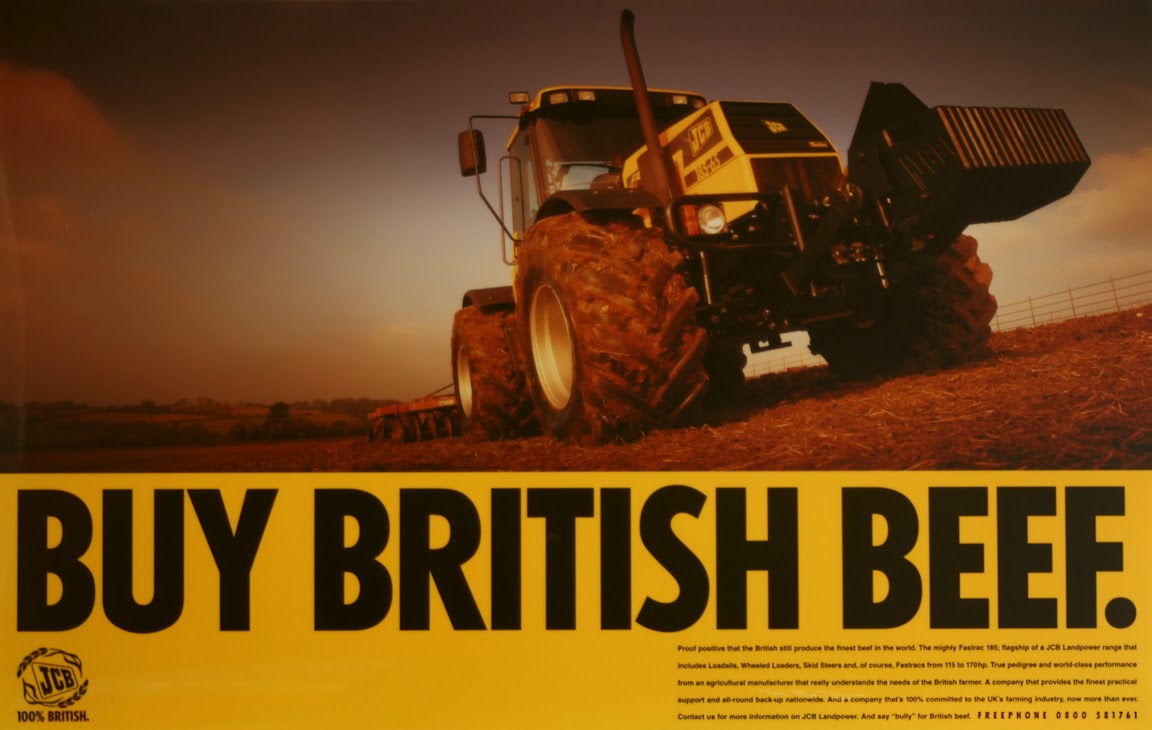 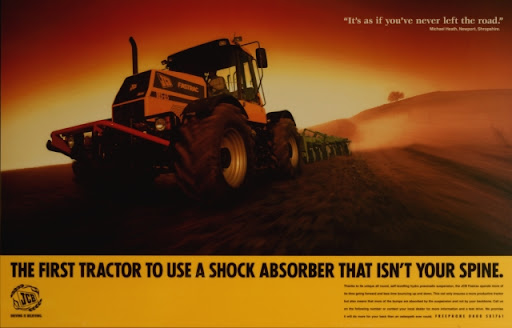 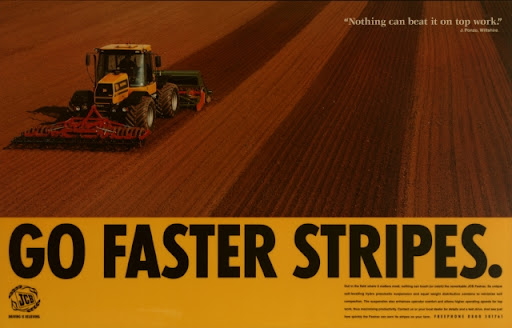 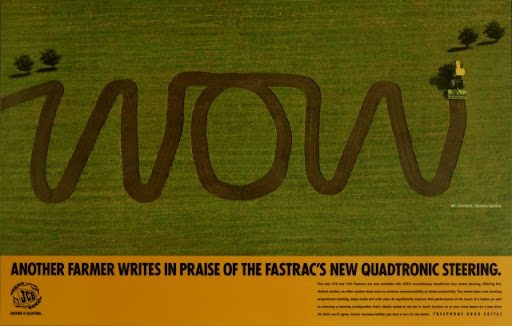 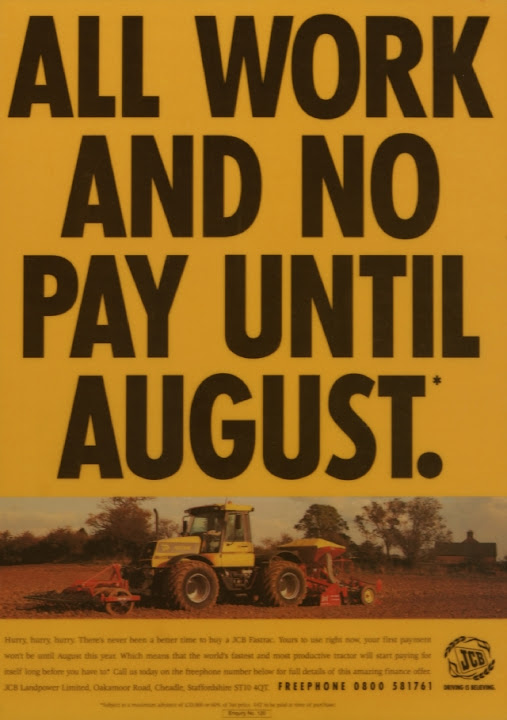 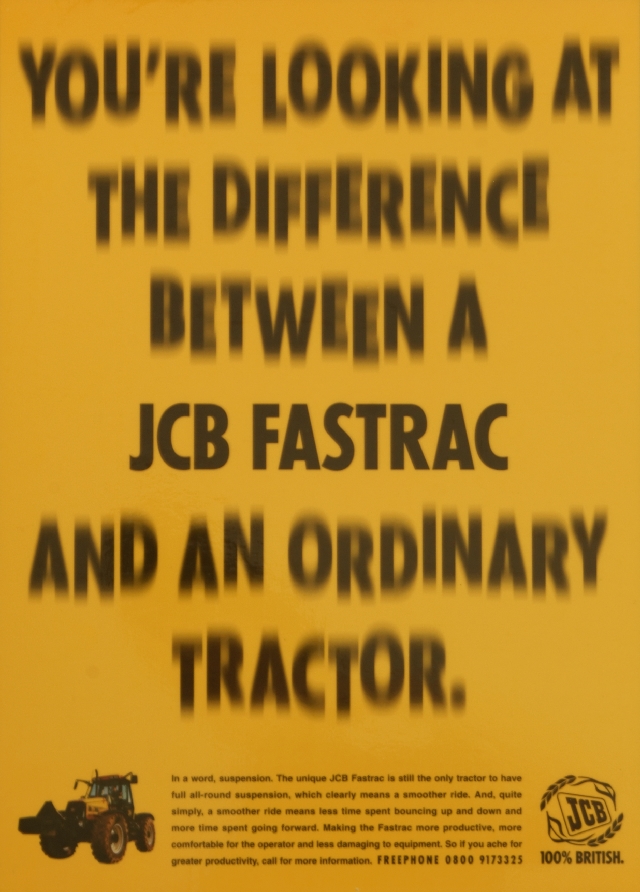 Surprisingly, JCB Agri pioneered the development and manufacture of tractors with a suspension that was actually designed for the terrain they had to work on – in a word, ‘rugged’.

This had several benefits for both productivity and for the operator’s health and safety.

Within the campaign – and as well as introducing their new, most powerful model – ‘Buy British Beef’ was an opportune ‘corporate cuddle’ much needed by a beleaguered farming community suffering from the full effects of the  ‘Beef Crisis’ and won many friends for JCB Agri in a victory of hearts and minds.

The remaining series of ads sought to highlight the benefits above, using testimonials of real farmers, often well-known characters within what is, in reality,  a very small community. Smaller spaces were also used within the campaign to highlight prevailing finance offers.

This campaign and ads within it, picked up several creative and effectiveness awards.